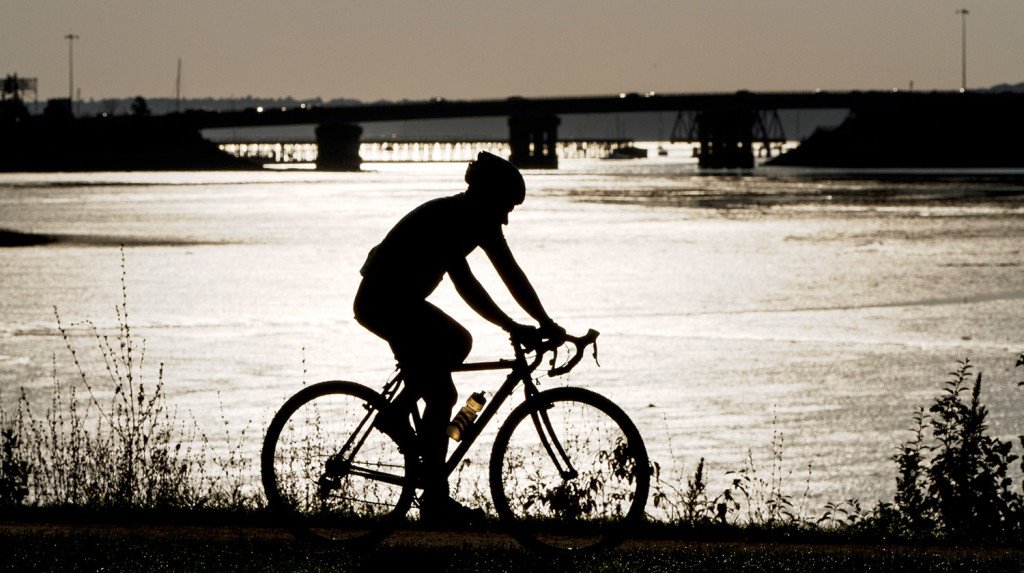 The Portland Trails system reduces the use of cars and gives walkers, bicyclers and skaters easy access to nature.

When I moved to Portland 30 years ago, circling Back Cove meant navigating a narrow, rutted footpath by Interstate 295 that turned treacherous when icy. If you wanted to go from the cove downtown along the water – well, forget about it.

The opening of the Eastern Promenade Trail transformed the city, giving everyone access to a beautiful stretch of the harbor. For those who commute largely by walking, bicycling, skateboarding or rollerblading, it was as profound as the building of an interstate.

Portland Trails, the nonprofit organization now celebrating its 25th anniversary, took a leading role in creating that trail and many others. The 70 miles of trails on its popular trail map make it possible for people to get to several schools, a bus and train station and many other destinations without getting into their cars.

But the trails do far more than provide foot-and-pedal-powered transportation routes. They also connect us to wild places throughout the city.

Feeling stressed out? Park your car at the end of Rowe Avenue, walk less than a mile on a well-marked trail bordered by trout lilies, spring beauties and wild strawberries, and you will find yourself by lovely Jewell Falls. The effort put into creating and maintaining that trail is evident in the boardwalk and stone steps leading to the waterfall and the beautiful bridge with arched handrails that crosses it.

Want to see spring in all its glory? Take the trail that leads from Summit Street to the Presumpscot River, keeping your eye out for wood anemones and dwarf ginseng along the way.

When you get to the river, turn left until you come to the field of red trillium that should be blooming right about now. (These elegant flowers also go by the inauspicious name Stinking Benjamin.) Turn right at the river, walk to the falls and look up. If you’re lucky, you’ll see osprey roosting on nearby trees and diving for fish.

The Presumpscot, Fore River and Eastern Promenade trails are dazzling superstars in the Portland Trails network. But it is the short paths right in our neighborhoods that often make the most difference in our daily lives.

Nearly 20 years ago, third-graders at Lyseth Elementary School began advocating for a trail that would link their school to Pine Grove Park. Six hundred students joined more than 100 community volunteers to build the trail.

A ring of tree stumps in a wooded area bordering the trail serves as an outdoor classroom. Eileen Dawson is one of many Lyseth teachers who bring their classes there.

“The woods have a certain calming effect on the students,” Dawson told me. “It is so enjoyable to sit in the circle area and read to each other, have a whole class discussion, or just listen to the sounds of nature and explore the environment.”

David Handwerker lives on University Street in North Deering. He walks with his dogs several times a week on a trail that begins at the end of his street and winds through a small woods bordered by industrial warehouses.

The trail has a gritty, urban feel. A TV and refrigerator are among the items dumped there. Handwerker passes sludgy water that turns orange after a heavy rain. Shards of glass glitter amid the pine needles. Someone has left bedding in the woods.

But Handwerker says he also sees “all kinds of critters,” including deer, coyotes, ducks, herons, snapping turtles and foxes.

Crossing Canco Road, Handwerker enters a much more pristine area. Neighbors fought to preserve 12-acre Canco Woods. Trails are meticulously cared for by Iberdrola USA/Central Maine Power, one of many Portland Trails partners. Handwerker stops by a stream to meditate.

I’ve recently adopted a new route to commute downtown. I climb the stairs from the East End sewage treatment plant to the top of Munjoy Hill, then follow a trail used by students at East End Community School.

The Jack Path, as it is called, passes a bountiful community garden. I catch glimpses of Back Cove as I walk by luxury condos to Marion Street. There, I take in the murals depicting Henry Wadsworth Longfellow and a Civil War battlefield.

Wherever you see the green, turquoise and purple signs with the Portland Trails logo, you can expect a scenic route for a walk or bike ride. If you’re lucky, you might even have an adventure along the way.

I recently saw a seal fishing in Back Cove. A friend caught two male red-breasted mergansers in the midst of mating displays as they vied for a lone female’s attention. Just as thrilling are the daily opportunities to see the sun rise over Casco Bay and set over the Fore River marsh, a reminder that we are lucky, indeed, to be alive.