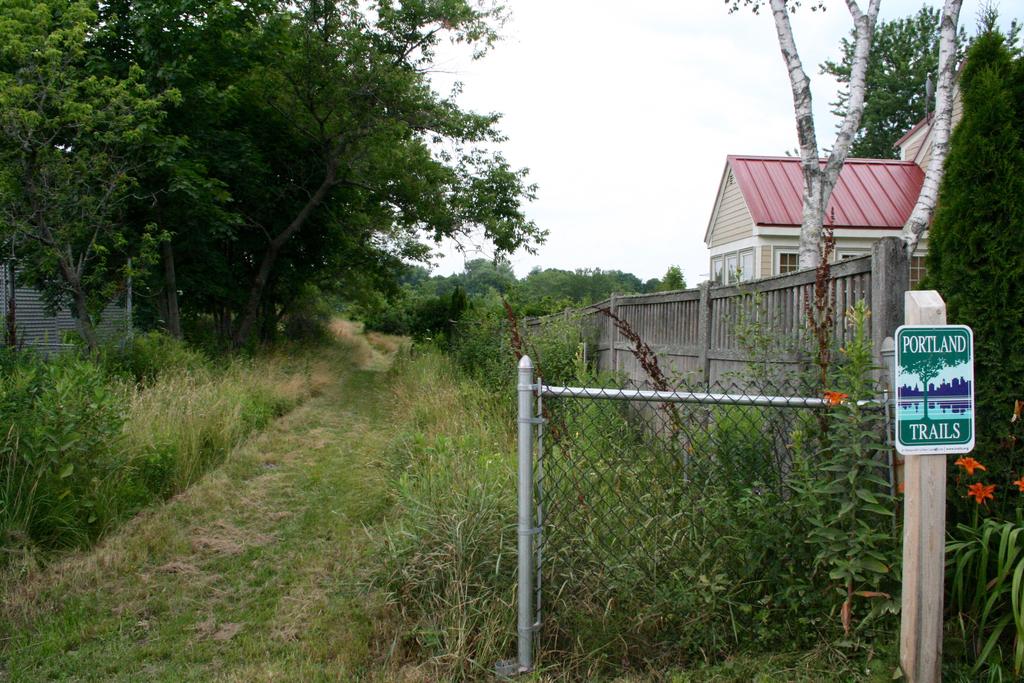 A portion of land owned by the late Eleanor Conant Saunders is now part of a small trail system operated by Portland Trails.

The parcel, off Conant Street in Westbrook, cuts a scenic path over rolling, grassy hills and connects to the edge of the Presumpscot River, with views of the Dana Warp Mill downstream.

According to a press release issued by Portland Trails this week, Saunders had intended for the land to be used as a community trail system following her death. She died in 2014 at age 94.