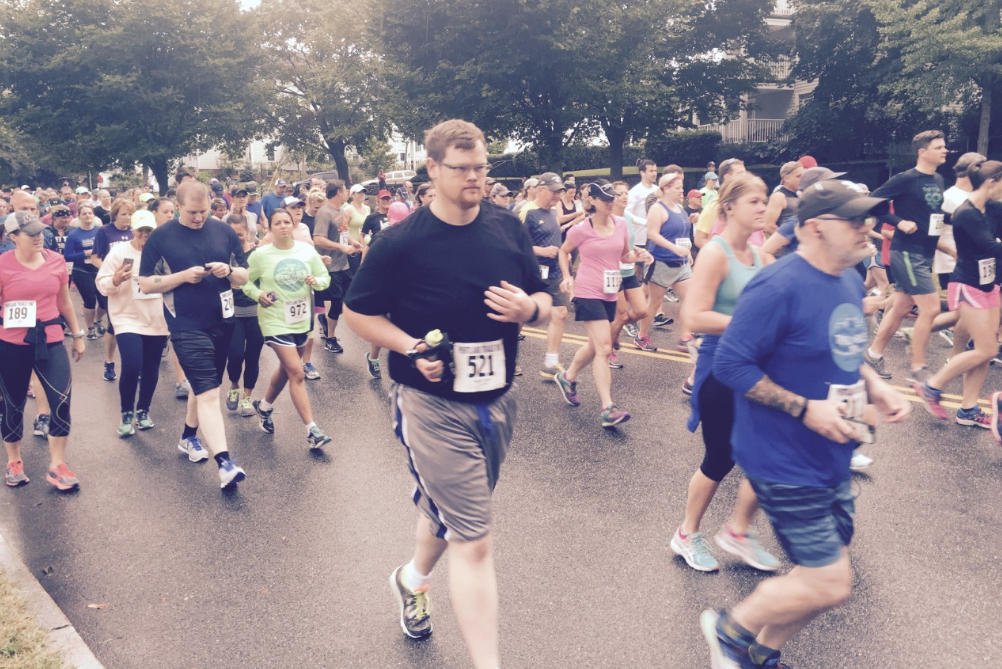 The Back Cove trail in Portland hosted two major charity events Sunday that attracted thousands despite a rainy morning.

At 9 a.m., 1,500 runners raced around Back Cove in the Trail to Ale 10K, which benefited the nonprofit Portland Trails.

Three hours later, about 1,000 people gathered on the trail to hold hands for Hands Around the Cove, which benefited the United Way of Greater Portland.

The Trail to Ale 10K is in its 17th year and raises about $20,000 for Portland Trails, which maintains 70 miles of trails in Greater Portland.

In the event co-sponsored by the Portland Press Herald and Cigna, runners start and finish at the Eastern Promenade, where beer and pizza await them at the end of the race.

Chris Harmon, 28, was the overall men’s winner, and he didn’t have to travel far to enter the race, as he lives on Munjoy Hill.

Harmon said he’s training for the Maine Marathon, which is on Oct. 2, and he enjoys the speedy Trail to Ale race, which features many downhill and flat sections. Harmon said he broke away from the pack at about the 1-mile mark, and stayed ahead to finish in 33:10.

“It’s a wonderful route, this is for a great cause and any race that has beer and pizza at the end is a great race,” said Harmon, who was the first Maine man to cross the finish line at this year’s Boston Marathon.