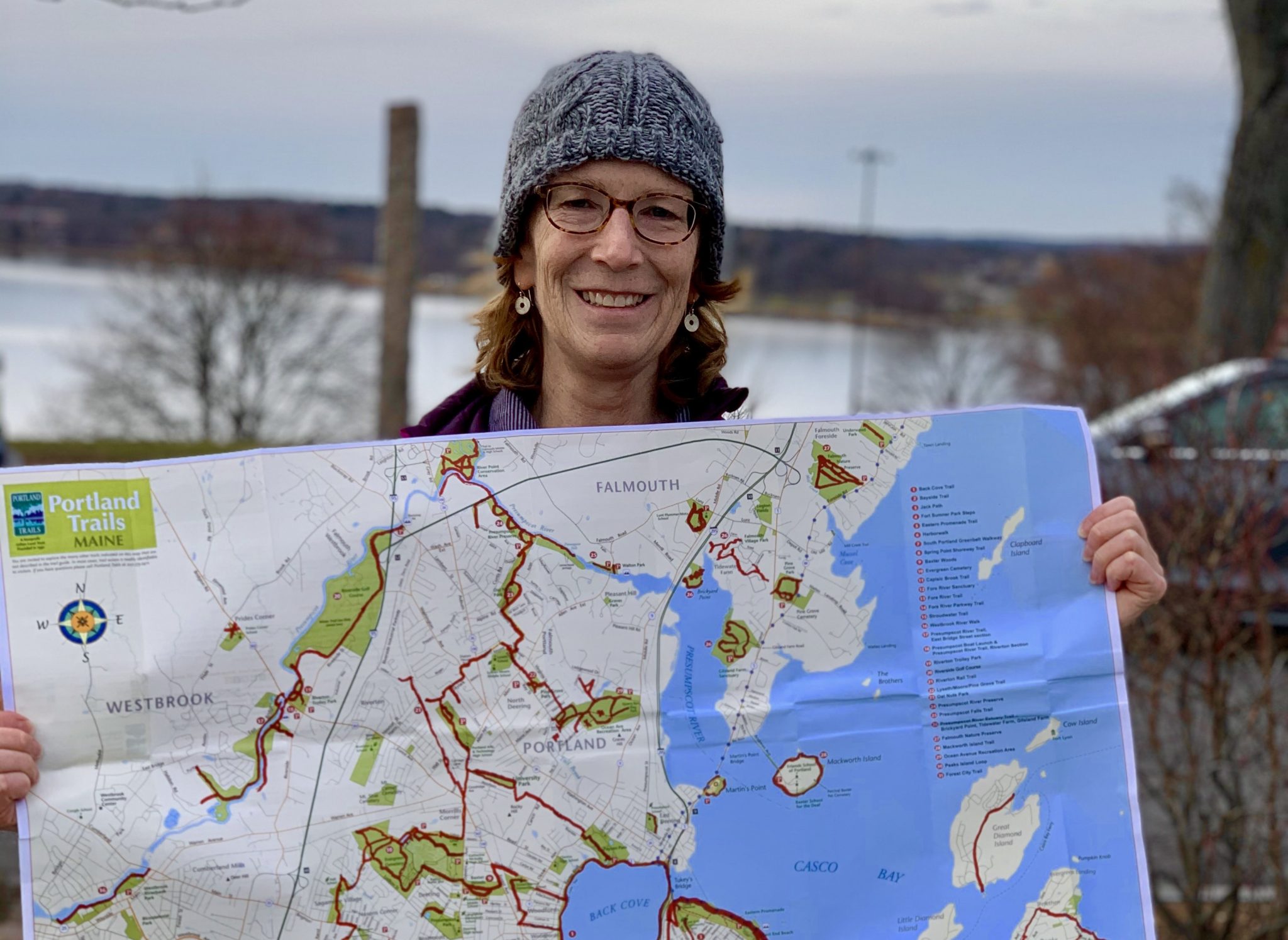 On January 1, 2019, Ann Hitzrot traced the dotted line on her Portland Trails map from Willard Beach to Bug Light in red permanent marker. She had spent her sunny New Year’s Day walking along the South Portland shoreline, the first step of her 2019 resolution to walk every trail on the Portland Trails map. Each time she walked one of the trails, she marked it in red ink when she returned home, highlighting her progress as the year went on. The map hung on the wall of her home office all year, and by December 1st, she had marked every trail.

“I’ve enjoyed walking the trails in Portland, but I was doing the same ones all the time,” says Ann, 56, about the decision to challenge herself with her New Year’s resolution. “I’m a goal-oriented list-er. This project just sounded like a cool idea to try.” 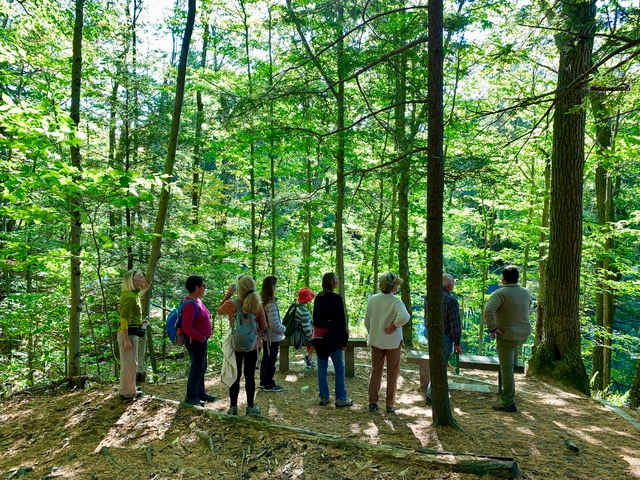 To accomplish her goal, Ann used a second map to navigate the trail network. In contrast to her marked up map she displayed at home, this map’s pages are wrinkled and the accordion-fold seams are weathered, some torn open from use.

“Everyone wants to travel to see new things,” says Ann. “Well, you can create that in your own neighborhood and your own city by finding new places. You get that feeling of discovery.”

In the first half of the year, she says she finished trails here and there, tracking her progress as she went. That summer, she spent most of her free time training for 4,000-foot hikes, another list-centric project of hers. When it became August, she looked at her partially completed map and realized, “Oh, this is possible. I’ve got to keep going.”

So she made a game plan. “I would do a lot after work. I’d pick a place I could do before it turned dark, or I’d combine a few little trails, like Martin’s Point Trail and Mackworth Island,” says Ann. She led some excursions for the Maine Outdoor Adventure Club, or MOAC. “I told everyone, ‘Thank you for joining me. You’re here because I’m working on this goal.’” 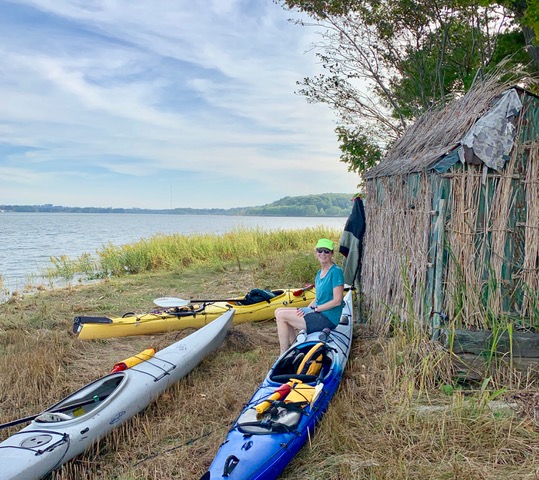 Ann taking in the view at Brickyard Point

Her most memorable trail adventure may have been her multimodal journey to Brickyard Point, a trail that can only be reached by boat. Ann and two friends “had to kayak from the East End. There’s an easier way to kayak, but it was late enough in the season that they had pulled the ramp up. From the Eastern Prom all the way there, it was about a three-mile kayak,” she says. Her pictures show off the land’s beauty and its history. The trails are narrow with deep valleys on either side, a leftover from the days when the land was dug for clay to make bricks (hence its name). Even though the trail was eventually shrouded by overgrown brambles that kept them from continuing, “it was pretty special,” she says.

For her final trail walk of this project, she gathered a group of friends to walk the wooded trails along the Eastern Promenade. “I wanted friends to join me because I wanted something that would be close for them, and then we could go out and celebrate,” she says. They went to Maine Craft Distilling but only after taking celebratory photos of Ann with her fully marked-up map.

“[Completing this project] has made me more in awe of Portland Trails and indebted to what it does. It’s a great resource and gem for the city,” says Ann. She is a member and has even put Portland Trails in her will through a program called Leave a Trail planned giving.

Ann recommends this project to anyone ambitious enough to give it a try. “It’s fun having a goal. It’s exciting!” she says. With that in mind, her 2020 resolutions may not surprise you. First, “I want to do more of the Falmouth, Scarborough, and Gorham trails,” she says. Second, “I’m going to finish all my 4,000-foot mountains in Northern New England. There’s 67, and I need two more!” There’s no doubt that by the end of this year, she will have completed another map. 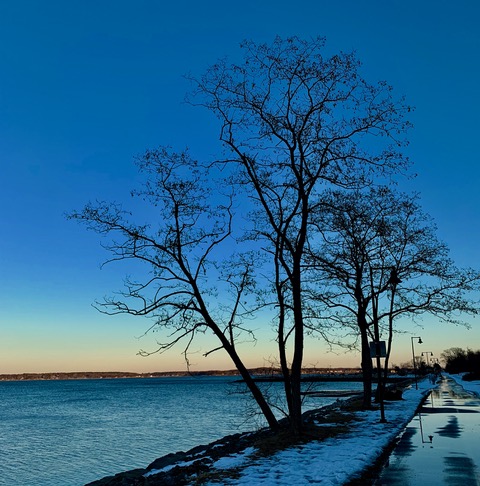 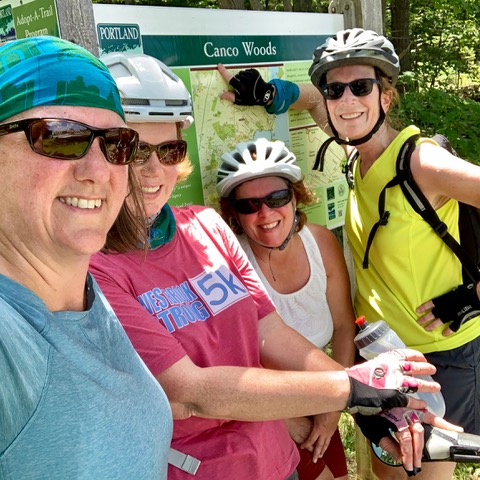 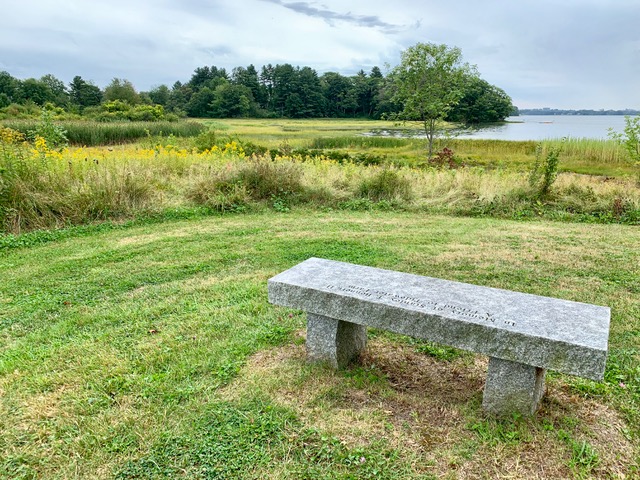 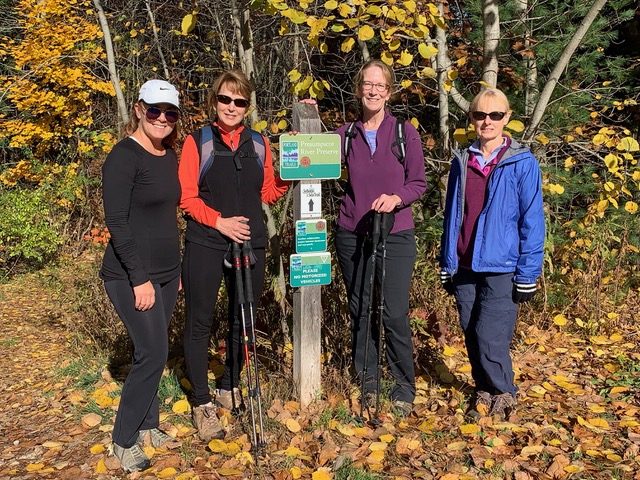 Ann with friends on the Presumpscot River Trail 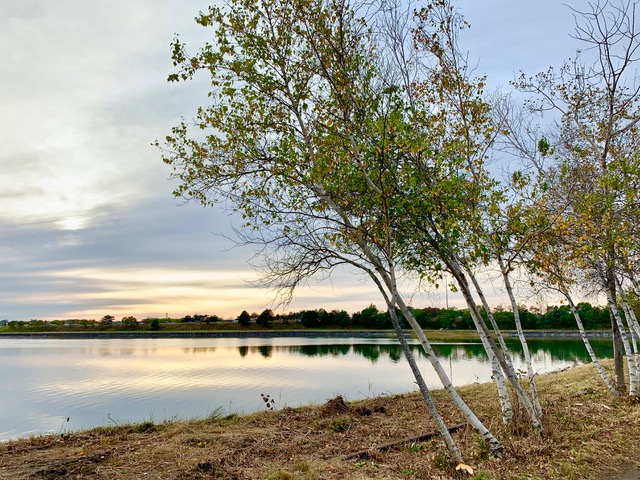