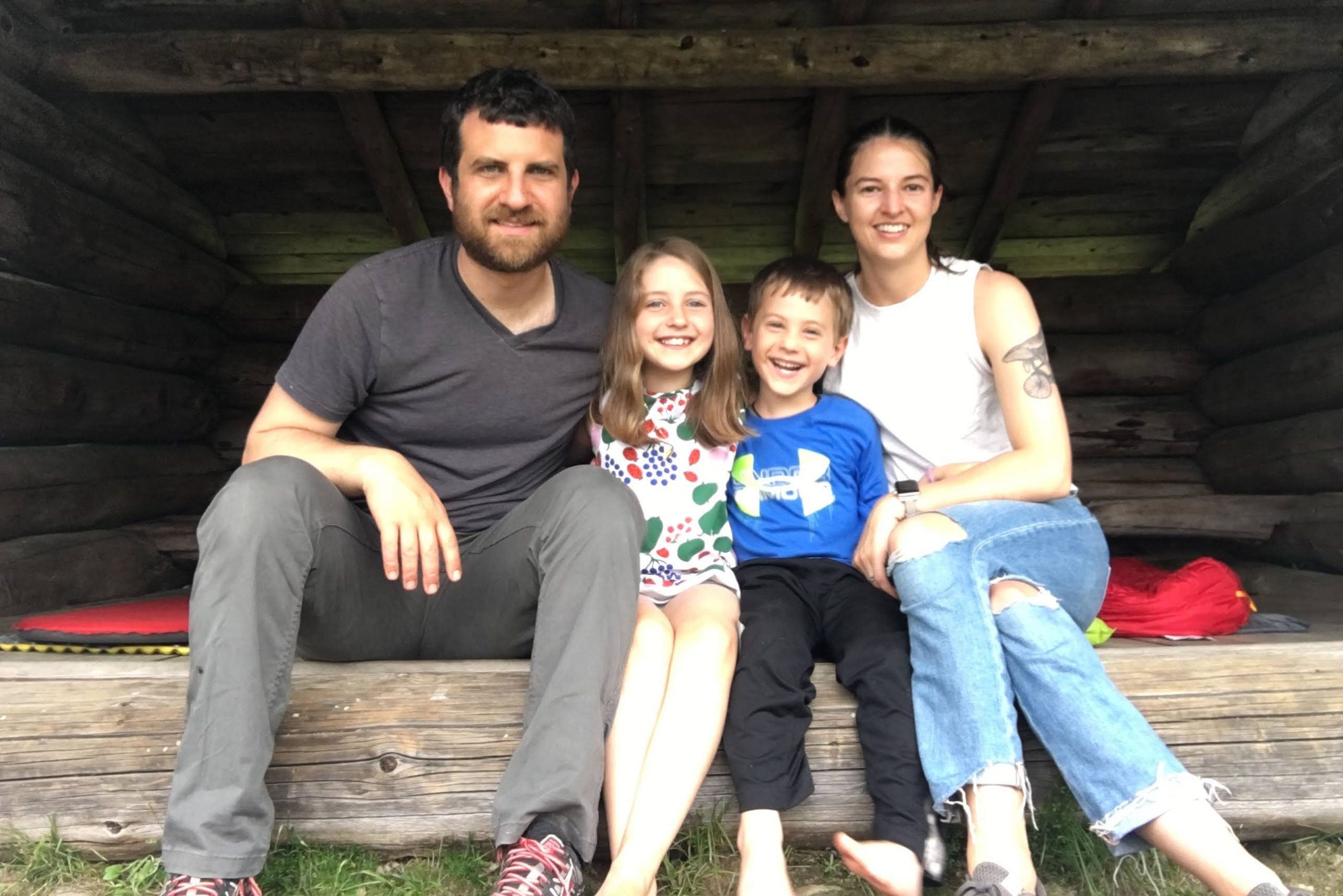 How did Portland Trails find its way into a virtual surprise birthday party turned Jeopardy game turned marriage proposal this spring? As with most things this year, it started with cancelled plans due to the coronavirus pandemic.

Libbytown couple Jon Kleiman and Leila Pike had planned on celebrating Leila’s 30th birthday with a trip to Japan. However, once travel was no longer an option, Jon decided to find a socially distant way to mark Leila’s milestone birthday. “I was really stuck,” he says. “We went on a run as we often do, on the Fore River Sanctuary, and when those endorphins kick in for Leila, she’ll say things like, ‘I love being in nature! I love running on trails! Portland Trails is just my favorite organization. I love them.’” Leila laughs in agreement. “And as we were running, it popped into my head that I think Leila is somebody who very much cares about community first and herself second, and I was thinking about what better way to celebrate her than to have a group of her friends donate to a community cause that is near and dear to her heart?” And with that, phase one of Leila’s quarantined birthday was underway.

The next detail to sort out was the party. While they were on that same run through Fore River Sanctuary near the bottom of Jewell Falls, Jon came up with another idea. (“I was very quiet on that run. It was very productive,” he says.) Inspired by his mother’s tradition of making Jeopardy games for parties using a large piece of foam core, Jon decided to create a Leila-themed Jeopardy game for all their friends and family to play via Zoom on her birthday. He gathered the questions by asking her friends to supply him with “embarrassing Leila trivia” and invited everyone to attend the surprise call.

“As far as Leila knew, we were just inviting two of her good friends for a laid-back Zoom dinner,” says Jon. Before it began, Leila confessed to Jon that she was happy they were just going to have a low-key evening. Ten minutes into this low-key evening, their Zoom call was flooded with over 50 of their friends and family.

“Jeopardy started and I entered this space of increased anxiety, not in a bad way,” says Leila. “So much was happening, so many people were here. Did somebody submit a question that I didn’t want my parents to know?” (The answer is yes, regarding some staying out all night in her high school days.)

The trivia game lasted for about 45 minutes, until Jon paused the game just before Final Jeopardy to announce that the party guests had collectively raised $550 for Portland Trails in Leila’s honor. In the video of the recorded Zoom call, Leila puts her hands on her face and reaffirms just how much she loves Portland Trails. “We know!” says one of her friends on the call. “That’s why it was such a good gift!”

Jon swiftly moved them along to Final Jeopardy, the last round of the game and the last phase of his plan. The category was “the future,” and the answer was “yes.” The familiar Jeopardy theme music played as everyone was given time to write their responses. Jon went first, revealing that he had wagered “everything” and that the question was, of course, “Will you marry me?” 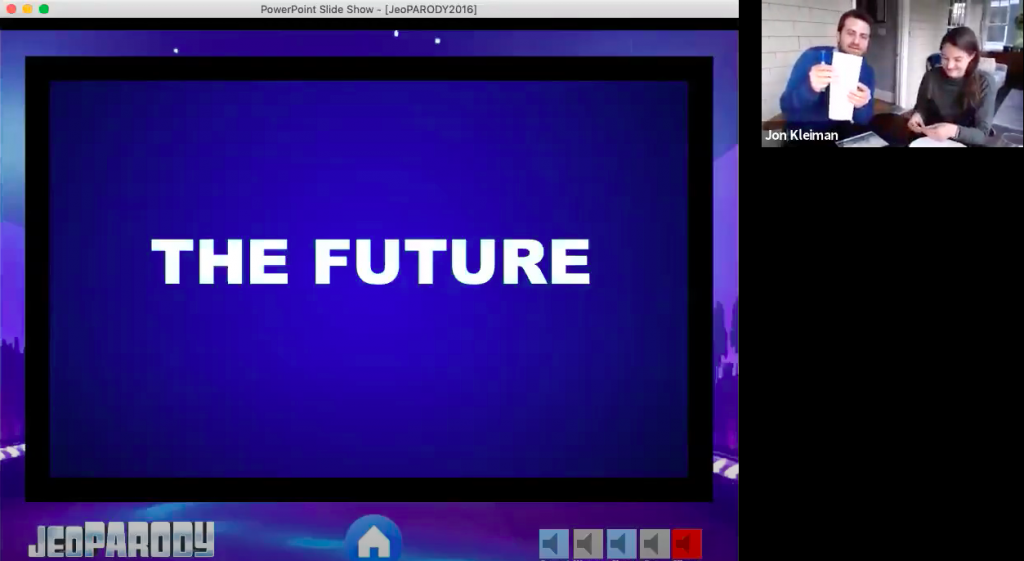 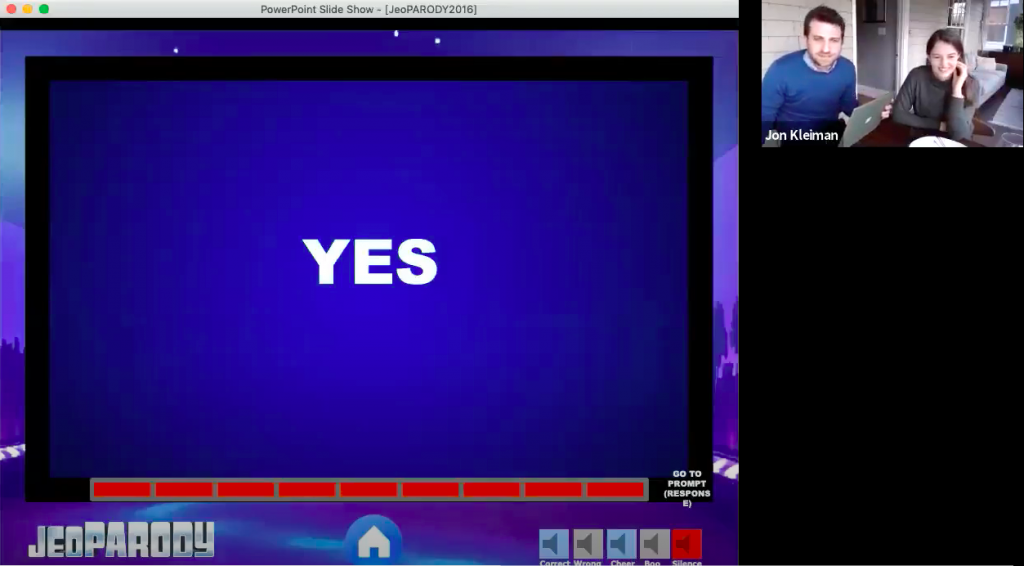 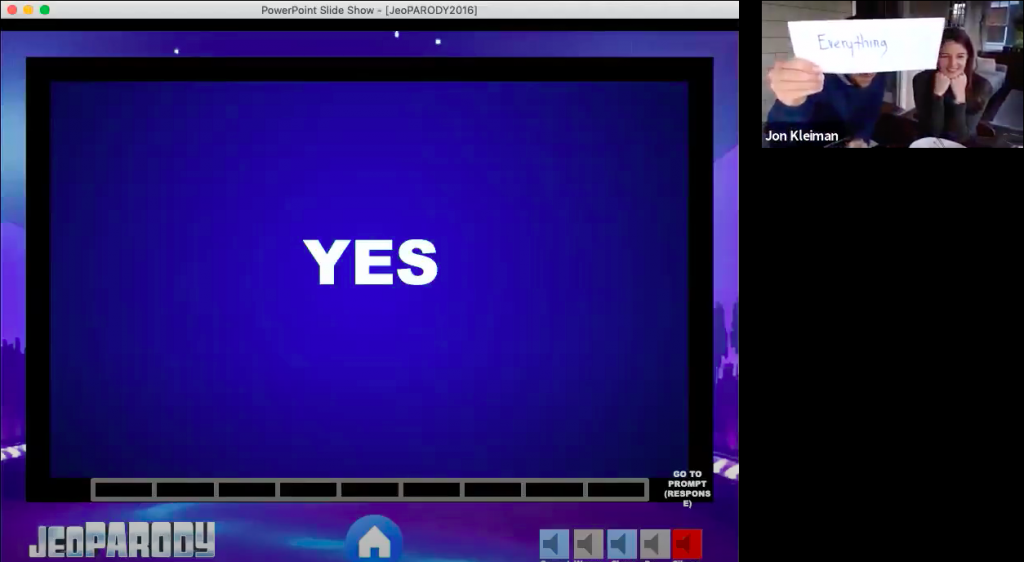 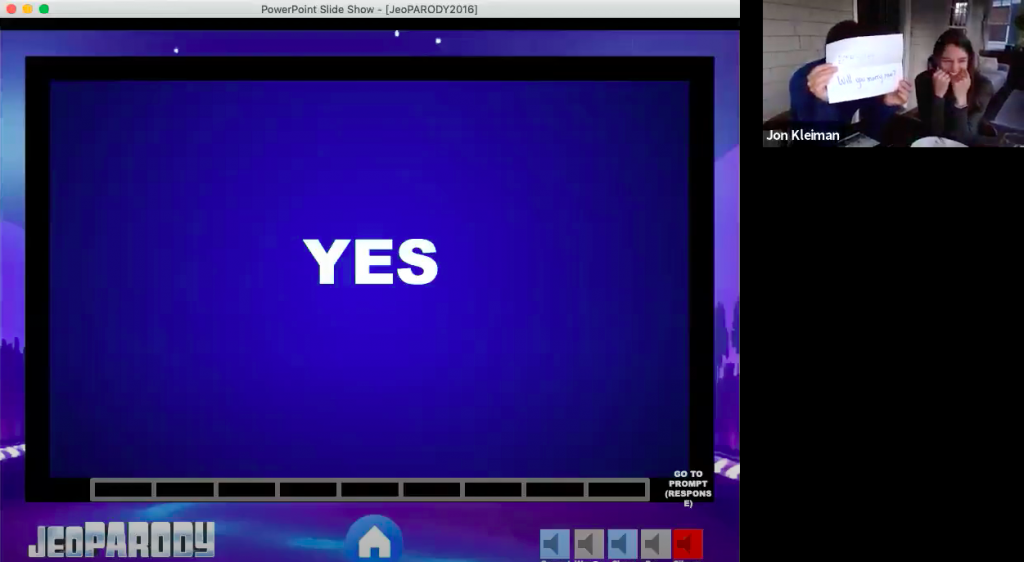 “I think I just kind of shut down,” says Leila. “My body was like, ‘you can’t handle what’s happening right now.’”

She said yes, and their friends and family erupted in cheers, claps, and a few tears. Jon’s 9-year-old daughter, who was on the call with her mother, later confided in him that she started crying because “the minute she met Leila, she was worried that she would lose her out of her life one day,” says Jon. “She was just so happy that she would never have to say goodbye to Leila. As a dad, I don’t know there’s more you can hope for in that situation.”

The couple, who have been together for two years since meeting on the dating app Coffee Meets Bagel (“a last-ditch effort dating app” they joke), are spending their time in quarantine raising Jon’s two children half of the time (the second being a 6-year-old son) and exploring the trails so close to their home. Although they can’t commit to a favorite trail, the Fore River Sanctuary does play an important role in their engagement story.

And as for why Portland Trails is Leila’s favorite organization, she says, “I like how we can be in an urban setting and so easily get to a trail. You can be on a trail and have a busy highway two trees away from you, and you might otherwise think, ‘that little piece of nature isn’t worth being in.’ But it is. It is worth making that little strip something you can explore. As soon as I step off the pavement onto the trail, I feel so happy.”

From all of us at Portland Trails, congratulations to Jon and Leila on their engagement! We’re so grateful for the generous gift and the chance to be part of their love story.