Follow the thwack of hammers and good-natured shouts that rise from a thicket of hemlock and pine off Route 22 and you'll find PT's trail staff and crew hefting lumber and measuring distances. They're on their way into Westbrook along the expanding Stroudwater Trail. They're moving so fast that by the time you read this, the new section of the trail will be open.

Like an actor who becomes an "overnight sensation" after working for decades, the Stroudwater Trail has taken years to reach Westbrook. "Funding is always an issue, and cooperation and permission from adjacent land owners," explains Bill Baker, who is Westbrook's Assistant City Manager and former Chief of Police. "But right now we're not reflecting on how long things took. We are just excited that the trail is here."

For this final 1.25 mile stretch, Central Maine Power played an essential role by granting Portland Trails a license to use a power line corridor, and crucial funding was provided by the Horizon Foundation, the Westbrook Environmental Improvement Corporation, and the Westbrook Recreation and Conservation Commission. In return for the Westbrook grants, Portland Trails agreed to purchase as many construction supplies as possible from Westbrook-based businesses.

Baker, who is a white-water rafting guide as well as a public official, waxes enthusiastic about the trail's arrival. "It's good all around. As the city's new tagline says, 'Live, learn, work, and play' in Westbrook. It's vital to enable our employers, residents, and visitors to take advantage of the extraordinary recreational and environmental opportunities we have, including the Stroudwater River and Trail, and Presumpscot River and Riverwalk."

The new miles follow the river through mature forest uplands and state deer-yards. "While it runs close to industries on Route 22, it feels remote, with lots of short ups and downs, and glimpses of water," says Jaime Parker, PT's Trail Manager. "It's a single-track trail now, although in time we may widen it." The last part of the new trail section overlooks Smiling Hill Farm. "The Knight family is excited to have us land practically at their back door, and I'm thinking how nice it'll be to stop at the farm for ice cream while hiking."

Due to the route's hills and ravines, PT has needed armies of volunteers clearing scrub, carrying wood, and building bridges. One such, Leon Anderson, refers to his trail work as "my physical time." When not in the woods, he paints large oil landscapes and teaches windsurfing. "This is my second season working with PT," he speaks in between pounding his hammer. "I grew up in Alaska. Up there, if you want trails, you've got to build them. Same thing here."

As Anderson finishes a footbridge, a platoon of Lewis Brothers Landscaping employees cart lumber and plus further along the path. "Good to mix it up and do something different," says a man toting a chainsaw.

Peter Lewis, who owns the Falmouth-based landscaping company with his brother Pat, explains the decision to donate his crew for a day by saying, "I ride my mountain bike on the Stroudwater and Presumpscot trails." He pauses while lining up a long span with Jaime. "Get a lot of pleasure from it, so I give back when I can." In the winter, he plows trailhead parking when he finds it blanketed in snow. In the summer, he donates the labor of his crew and himself.

For the moment, the trail finishes at Spring Street on the south side of the river, but that will not be the end. "In fact," it opens up all kinds of future connections," says Peter Burke, project landscape architect and member of the Westbrook Recreation and Conservation Commission. "There's a place where you can put in a bridge across the river to a city-owned parcel adjacent to the new middle school and that leads directly into downtown Westbrook. Once we make that leap, we're tied into the Presumpscot River Preserve. Think of it. There's a twenty-mile loop you could do all around urban Portland." 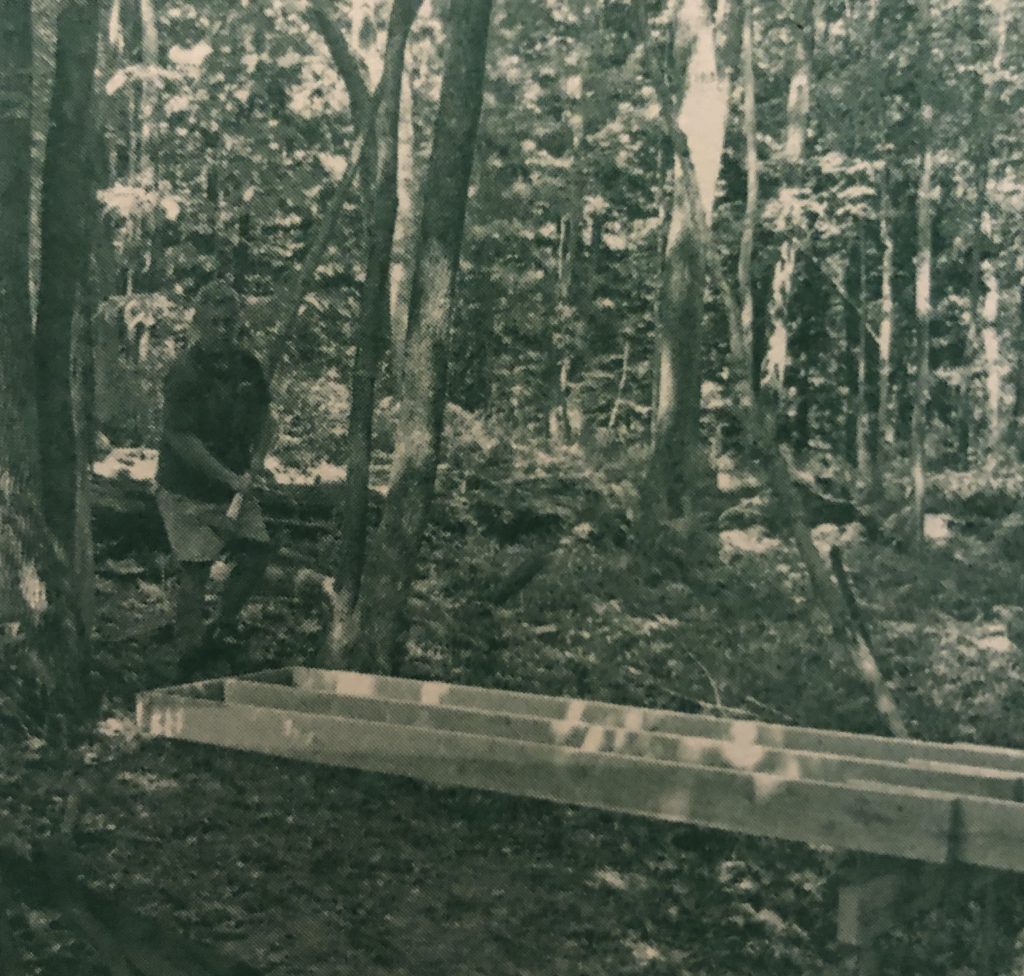 Peter Lewis lines up a crossing. 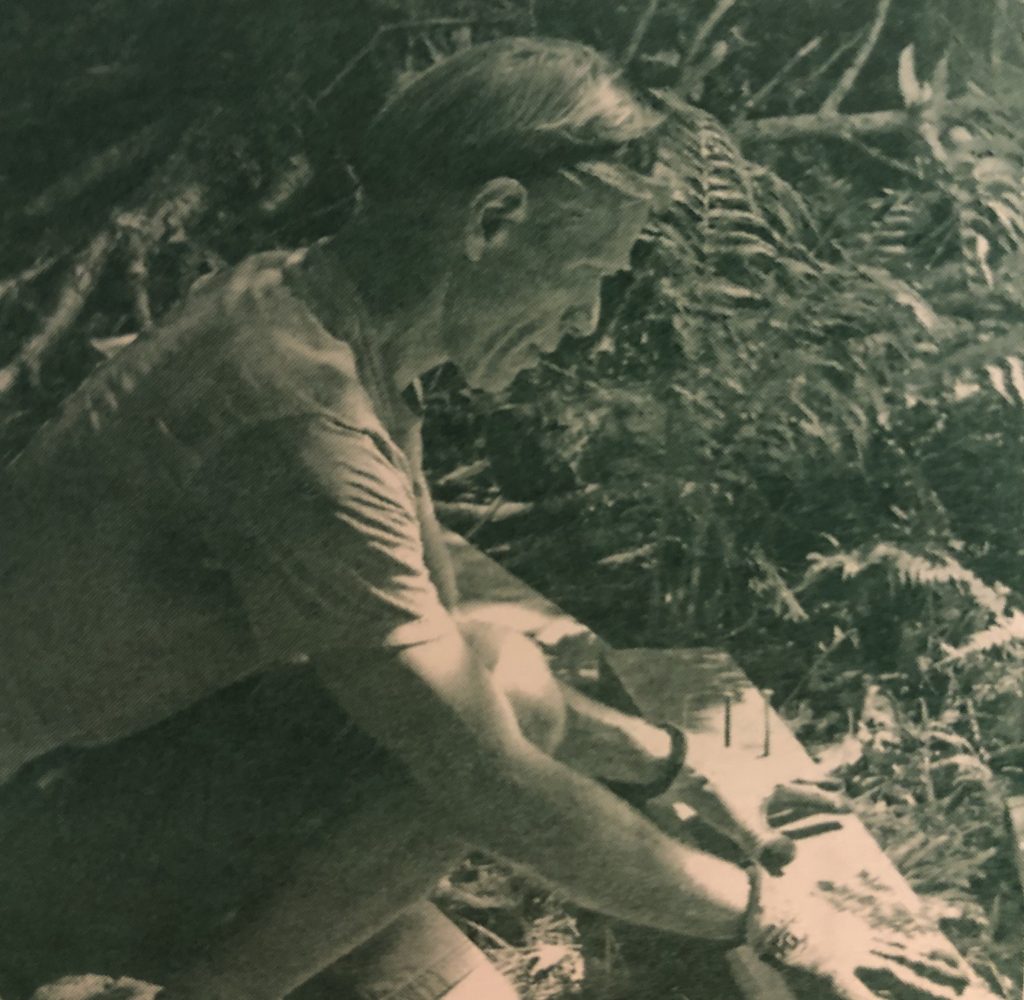 "If you want trails," says Leon Anderson, "you've got to build them."