For a moment, imagine what Portland might be like in 30 years. The year will be 2051, and, although The Jetsons was set in 2062, it doesn’t look like we’ll all be commuting to our space homes in flying cars in three decades’ time. Portland will still be here on the ground, perhaps a different shape due to rising sea levels, but still a place where people will live and work. In this future city, how will we travel every day? Whose needs will we prioritize? What will our values be?

Jenny Scheu is blazing the trail, so to speak. A Portland-based artist and architect, a Portland Trails board member, and an urban trails enthusiast, Jenny is living in 2021 with her mind on the future. 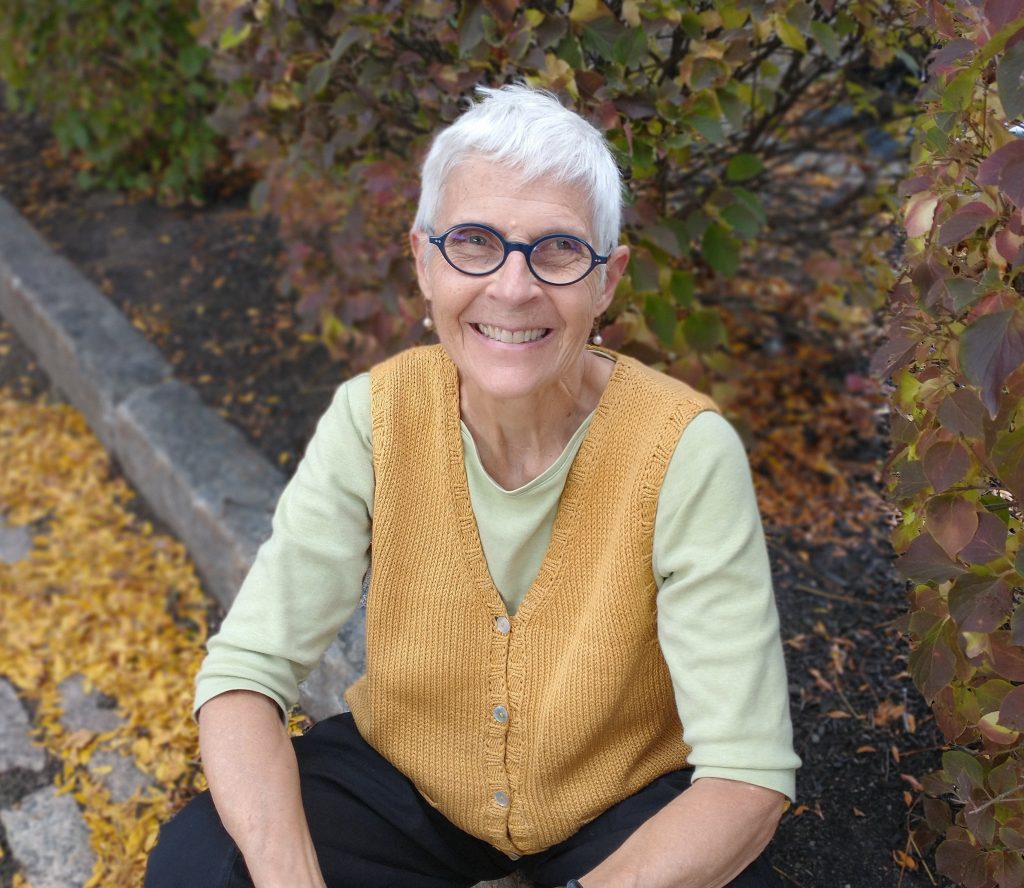 She has lived in Portland since 1979, moving to Cliff Island that summer to work a seasonal construction job while she designed her first house as a newly minted architect. “I was interested in learning how things were made,” says Jenny. Working as a laborer “gave me a huge respect for makers and how much they know.” Once winter came, she moved off the island for more airtight accommodations on Vesper Street on Munjoy Hill (“the rent was $45 a week,” she recalls) to begin working for an architect. It’s the same neighborhood where she and her husband live now in a highly insulated, highly efficient three-family home Jenny designed with a fellow architect friend.

Jenny, who works full-time as a printmaker these days, does not own a car. “I bike every day,” says Jenny. “I love getting around town on a bike. I walk a lot, too.” Her radius, she says, is about five miles from her home - that’s how far she’ll commute on bike or foot to get where she needs to go. “I primarily use the trails that go through the city inside the peninsula,” she says. Her time commuting on the trails is “a constant reminder that you really can get around on your own power. There isn’t a time when I'm on the urban trails that I don’t think a) more people could be on here, and b) we could - can - must move away from cars.”

She has stowed her bike away for the winter, but she still travels on foot as often as she can. And if she does need to travel beyond her five mile radius, she borrows the car she shares with her neighbor. (They have a Google calendar to sort out the schedule.) While a car is still a functional necessity in her life, she sees a future where cars are no longer the default mode of transportation. “I’ve read about cities where they’ve converted whole streets into bike and pedestrian lanes. There are cities in the world that have light rail systems. Portland can have these things if people speak up and work to make them happen,” says Jenny. “When people have the drive to make things happen, that’s how stuff gets done. You’ve got to aim high.”

Jenny’s commutes through her neighborhood, where she admires the gardens of each home she passes, aren’t just efficient transportation - they are inspiration for her art. The color of the natural world finds its way into many of her prints, which are often influenced by textile patterns and designs. In addition to aligning with her values, these commutes on foot and bike feed her creativity. That’s an argument for moving more mindfully and intentionally through the world, if there ever was one.

She knows that what she does is a small part of the bigger picture; the future is in the hands of today’s young people, she says. “Organizations like Portland Trails don’t just happen. It takes people donating time or energy or both to move it forward. If kids learn that giving back - giving a percentage of what you have to something outside of yourself that you believe in - is an important part of life, change can and will happen.”

With her commitment to people-powered transportation, robust urban trail networks, and a healthier future for Portland, Jenny is living the “Portland Trails lifestyle.” Her vision for what Portland could be is what Portland Trails has worked toward for the past 30 years and continues to work toward every day. Biking- and walking-friendly trails and streets, steeply reduced dependence on cars, and a new generation of changemakers at the helm; when we close our eyes and imagine Portland in the year 2051, this is what we see.

The Portland Trails network, which extends over 70 miles, reaches four municipalities, and is within a half mile of every residence in Portland, is designed to make people-powered transportation accessible to people throughout Greater Portland. If you’d like to help us create a healthier, happier, and better-connected future, consider joining Jenny by making a gift to Portland Trails’ 2021 Annual Fund today.